For its final activity in the winter semester, the LVSO set out on a trip to Brussels. In order to have a better insight into matters of funding scientific research in Europe, we managed to organise a visit at the European Commission, where we learned more about projects supporting and funding science in the member states of European Union.

Upon arrival in the European Quarter of Brussels, we headed for the Charlemagne building, located right next to the Brussel-Schuman train station. Inside, after a short security check, we were greeted by Mr. Christiaan Claus, who delivered an introducing speech, in which he briefly explained the organisation of the European Commission, its competences, and also its previous achievements. This information served as a welcome background for the next, more specific talk by Mr. Olivier le Dour and Mr. Dusan Sandor, in which they covered topics related to scientific activity in EU, especially in the context of the new R&I p rogramme named Horizon Europe.

This new initiative of the European Commission is meant to be implemented in years 2021-2027 as a successor of the currently supported Horizon 2020 programme. The programme aims to unlock more options of funding and to establish international collaboration between European scientists, together with organising frameworks allowing for cooperation between the private and the public sector and reducing the bureaucracy required to achieve those goals. A participant must simply submit his or her project online before a deadline. The proposal is then evaluated by a board of independent experts in the given field – the outcome is the basis to grant or deny funding. Applicants can also seek assistance and information from so-called National Contact Points. European Commission website provides an extensive list of research topics – from healthcare to climate science – that were supported as part of the programme. Examples include the development of a device named Insuclock®, designed to help diabetes patients monitor their insulin dosing schedule, or the invention of new bioinformatic tools to analyse New Generation Sequencing data in virology more effectively, including detecting virome shifts in real time during epidemics.

The new programme is intended to continue the general aims of its predecessor while carrying various amendments. In order to ensure an efficient way of supporting scientific projects, it consists of three pillars. The Open Science pillar is designed to manage funding for individual researches or research teams, through initiatives such as the Marie Skłodowska-Curie Actions. Those include, among others, funding for scientists willing to work abroad. The Global Challenges and Industrial Competitiveness pillar is going to promote collaboration between European nations, for example by empowering the Joint Research Centre – a European Commission science hub with laboratories in Italy, Spain, Belgium, Netherlands, and Germany. The topics supported by the pillar involve for example environmental issues or healthcare. The goals of the Open Innovation pillar will be supported by the European Innovation Council – a body responsible for financing enterprises working on groundbreaking inventions. This institution will also provide assistance in entering the market. The legislation to support the Horizon framework will be organised within the European Research Infrastructure Consortium. All in all, the Horizon Europe, with its budget of 97,6 billions of euro, is described as the biggest research and innovation funding programme in the history of European Union, supporting every aspect of scientific work – from fundamental research to introduction to the market. However, when it comes to healthcare, clinically relevant topics, such as personalised medicine or cancer research are preferred, because one of the ideas of Horizon programme is to have a direct impact on the society. The preferences are chosen by the European Commission based on feedback from other European institutions or from outside partners like pharmaceutical companies. Most of the grants are entirely funded, which means that they cover all the expenses of a research project, including salaries.

Enormous financial potential of the project, combined with a relatively easy mechanism of submitting research proposals can make the new Horizon programme an attractive way for young scientists to kick-start their career. There seem to be very little restrictions surrounding the procedures – only that the proposal must be described with highest possible accuracy – meaning that any scholar from any European university can participate. We have high hopes for this endeavour, expecting it to be a considerable aid for the European scientific effort, giving new exciting opportunities for researchers from entire EU and beyond. 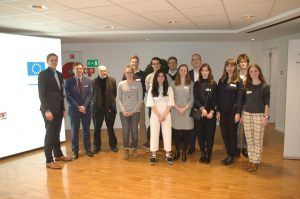 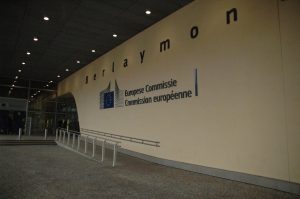 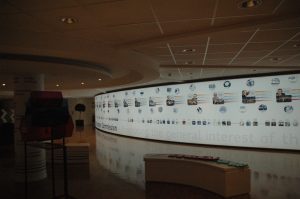 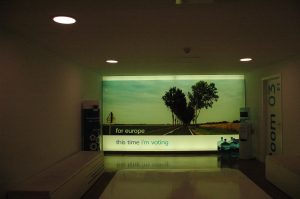